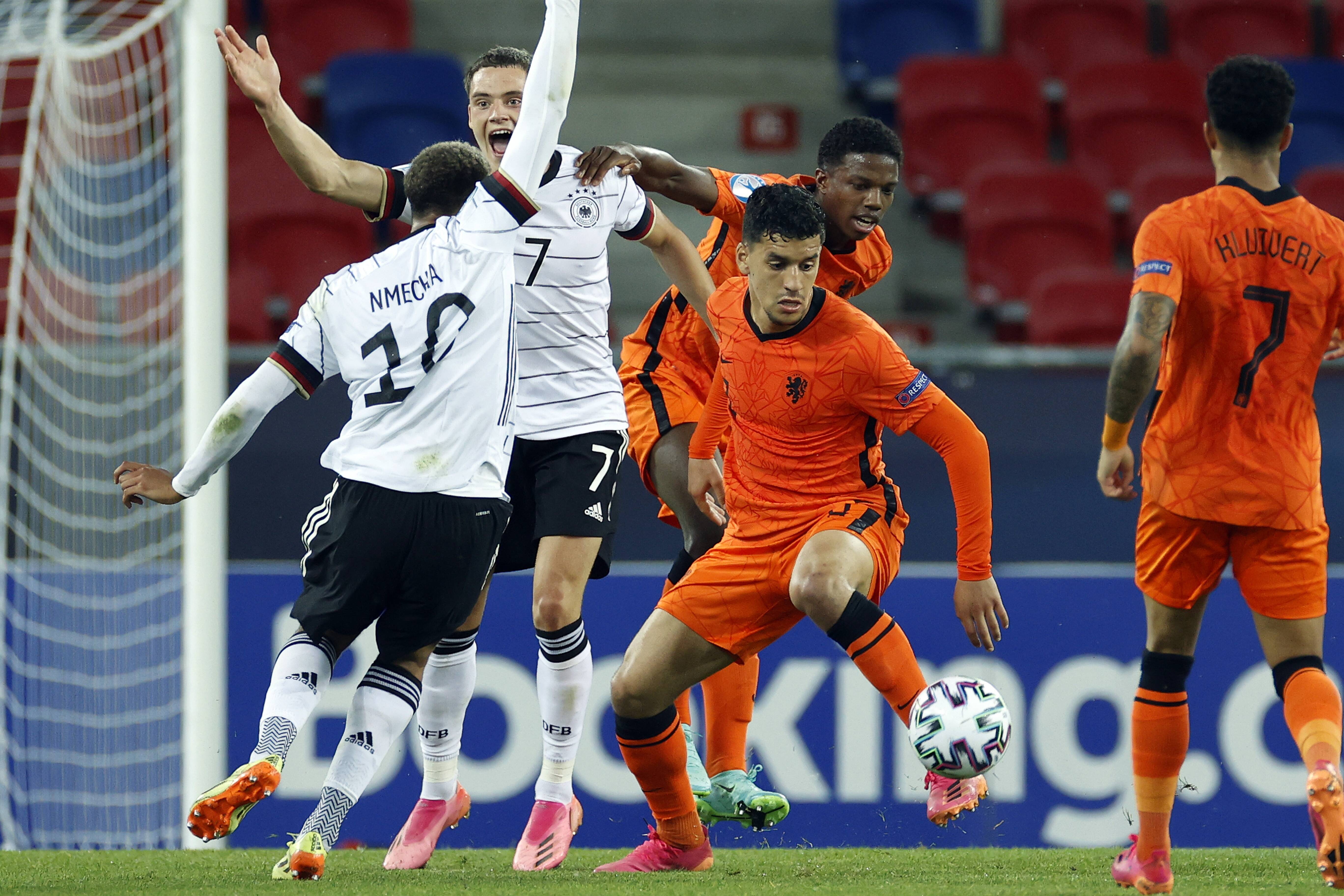 The 23-year-old has impressed for Netherlands at the Under-21 European Championships, where Rangers have been keeping tabs on him.

It is now reported that Leeds and Brighton have entered the pursuit of the Dutchman, who is approaching the final year of his contract with the club.

Rotterdam are prepared to sanction his sale for the right price. Harroui has spent his entire career with the club, making 102 appearances.

Harroui can play in different midfield positions, but he played regularly in the holding midfield role during the back end of last season.

Leeds currently have Kalvin Phillips fixed for the position, and the 25-year-old has been a huge success as he has made his way into the England set-up.

However, the Whites have struggled to control games when he has been injured, and Marcelo Bielsa will want a quality player for competition.

Brighton face the possibility of losing their main midfielder in Yves Bissouma, who is on the radar of Arsenal and Leicester City.

The Mali international has been hugely instrumental in midfield with key tackles and interceptions, and they may need a solid replacement.

Harroui has shown that he has the credentials to succeed in the Premier League with his strong distribution and regular ball retention skills at the Euros.