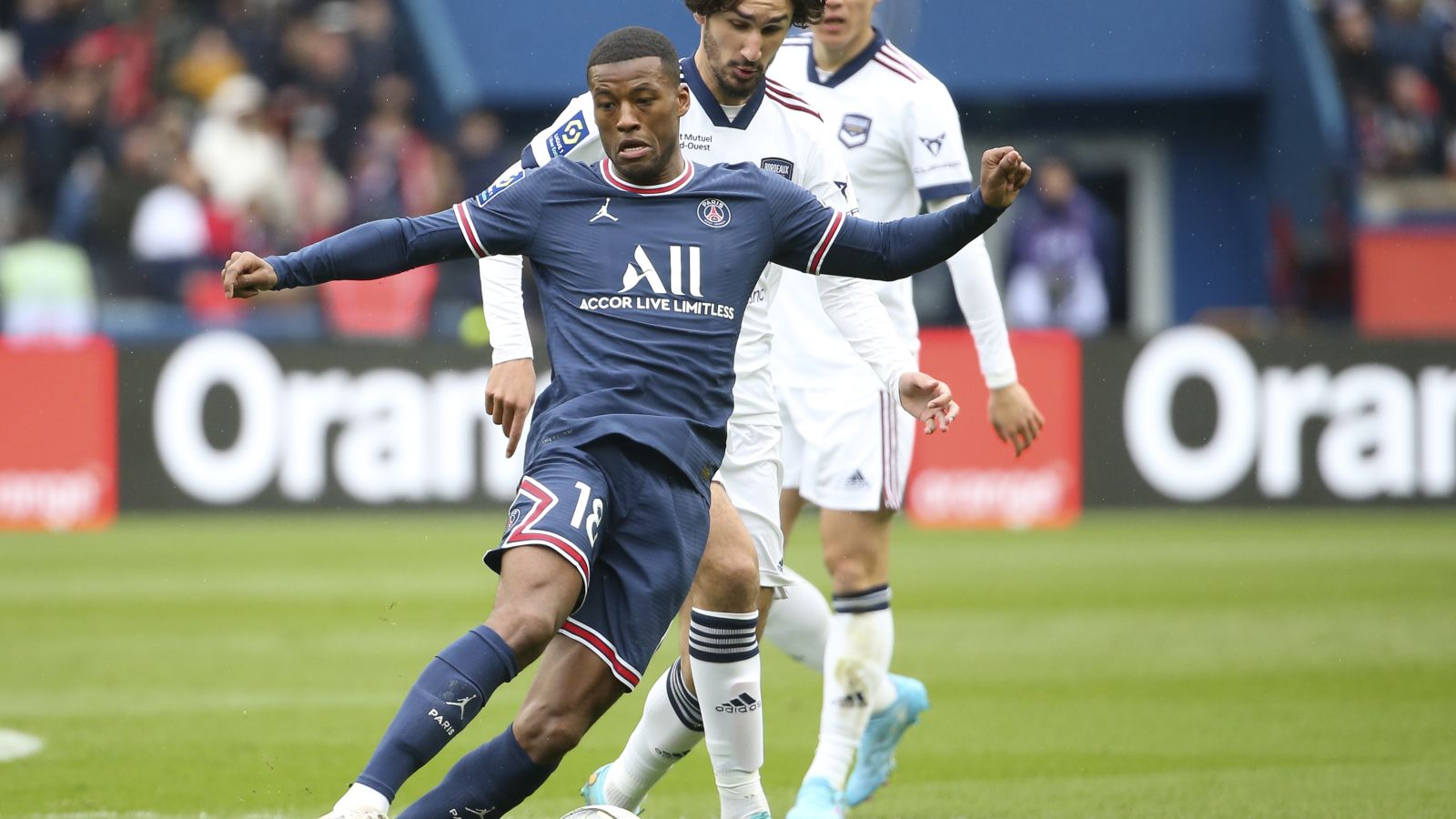 Georginio Wijnaldum has all but admitted that last summer’s move from Liverpool to Paris Saint-Germain was a big mistake.

The Netherlands international moved across The Channel after the Anfield club refused to offer him the contract he wanted. Wijnaldum moved on a free transfer to the French giants and signed a three-year deal.

Once he turned 31 last November, Liverpool officials were not prepared to break the bank to keep the former Newcastle man, despite his brilliant form.

But things did not get off to a good start and in October Wijnaldum went public on international duty and declared his unhappiness.

The lack of game time was nor want Wijnaldum was expecting and he admitted “the situation is not what I wanted”.

The midfielder’s action has improved of late and he has started the last four Ligue 1 games, but two of those have ended in defeat.

Wijnaldum has now made 15 starts in the league. But he was benched in the two legs against Real Madrid in the Champions League recently.

And speaking to the Dutch news outlet NOS, via the Daily Mirror, he said: “I can’t say I’m completely happy, because the situation is not what I wanted.

“But that’s football and I’ll have to learn to deal with that. I’m a fighter. I have to stay positive and work hard to turn it around.

“I have played a lot in recent years, was always fit and also did very well. This is something different and that takes getting used to.

“I was really looking forward to the new step and then this happens. It is very difficult.”

PSG are believed to be willing to let Wijnaldum go in the summer.  According to L’Equipe, they will put a price tag on the player who signed for Liverpool for £25m in July 2016.

Arsenal have been linked with a move for Wijnaldum. While Steven Gerrard’s Aston Villa have been urged to bring him back to England.

“There’s no question that he is a fantastic player,” Hutton told Football Insider.

“It’s not quite worked for him at PSG but he’s been there. Seen it and done it in the Premier League.

“He’s still got a lot to give. It’s a deal that Aston Villa can afford, obviously.

“If you want to get to the next level these are the sorts of players you need in your football cub to raise the standards within.”