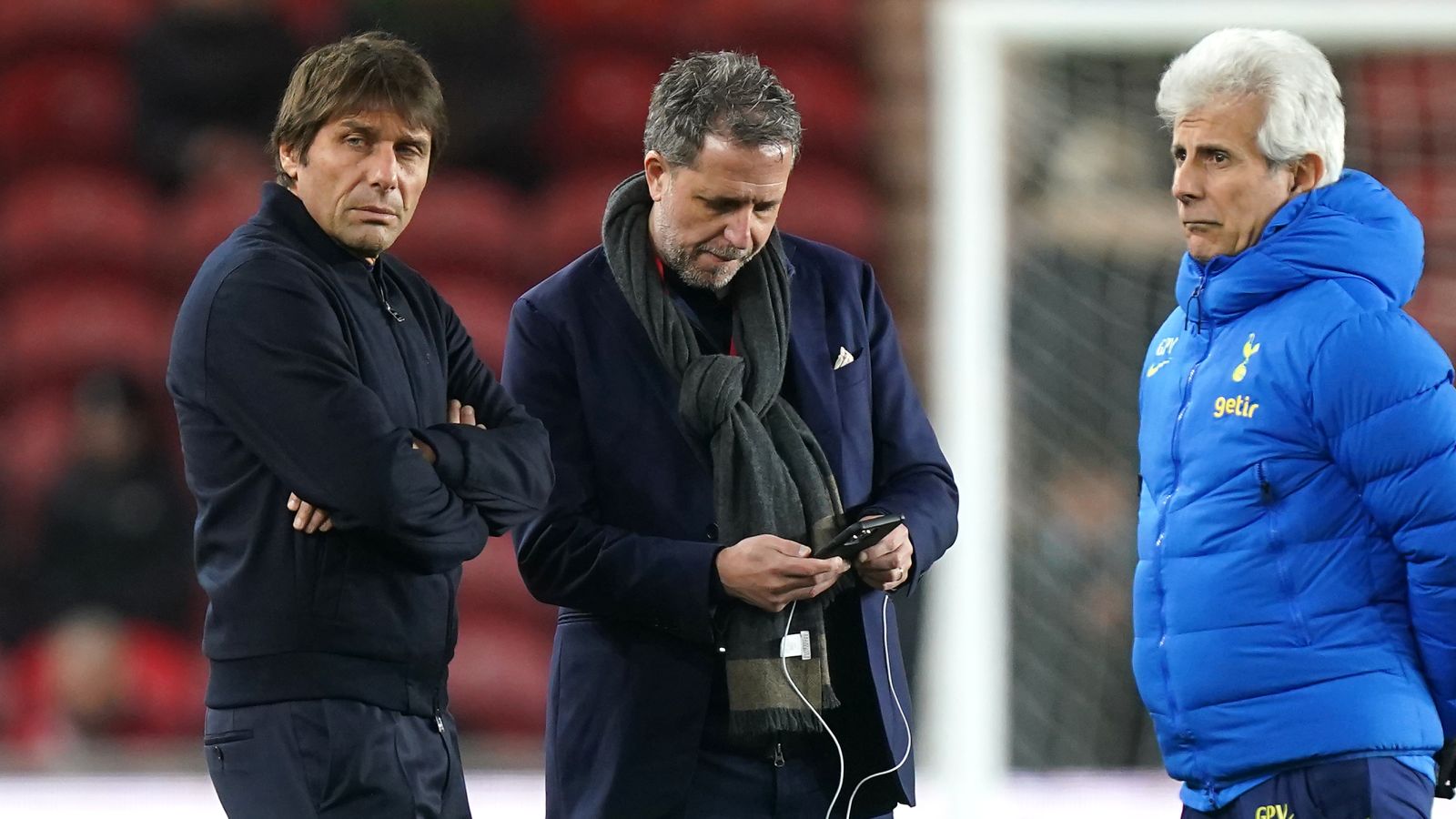 Tottenham director Fabio Paratici is not leaving Spurs for Paris Saint-Germain despite suggestions from the Italian media.

That is the verdict from The Athletic’s David Ornstein, who has played down the talk. Over the weekend TuttoMercatoWeb reported that PSG had directly made contact with Tottenham transfer chief Paratici. The Italian outlet claimed the relationship between Leonardo and Paris Saint-Germain is at “end of the credits”.

That has led to PSG hinting down a replacement. And talk had suggested that Paratici had been earmarked as their preferred alternative with Leonardio ready to leave for a second time.

The hugely disappointing defeat to Real Madrid has sparked the exit talk for Leonardo.

PSG were 2-0 ahead with just half an hour remaining of their Champions League, second leg affair. But a 16-minute Karim Benzema hat-trick dumped out the Ligue 1 side.

That was enough for president Nasser A-Khelaifi. And he is apparently planning for life without the Brazilian sporting director.

But any hope PSG had of luring Paratici has been dashed by Ornstein.

Paratici is understood to be solely focused on Tottenham and completing the initial 18 months he agreed to.

PSG: ‘We shouldn’t throw everything in the bin’

The Italian is “fully committed” until January 2023 after helping the club land Antonio Conte in November.

That will leave PSG looking elsewhere. The Parisians’ manager Mauricio Pochettino is also facing the sack after the Ligue 1 club failed in their “objective”.

“We shouldn’t throw everything in the bin. We shouldn’t start from scratch after every loss,” Leonardo told RMC Sport, via Get French Football News.

“The objective is to win the Champions League, and until half time we were fine.

“We have to look to improve this team and maintain morale to play in Ligue 1 and to finish the season well.

“We should stay together. Pochettino is still part of the project for this season. It’s not the time to think about that.”