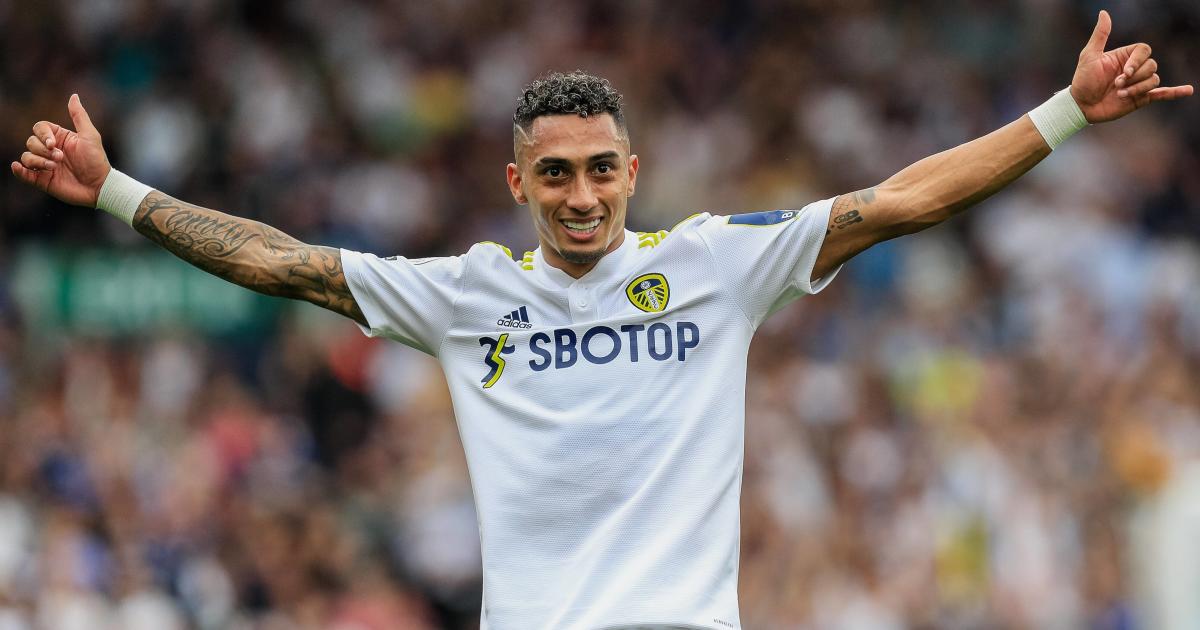 What the future holds for Leeds United ace Raphinha has been detailed by a trusted source after discussions have reportedly already been held behind the scenes.

The Brazilian, 25, has been Leeds’ most potent attacking threat this season. In the long absences of Patrick Bamford, Raphinha put the club on his back and helped keep their heads above water in the first half of the campaign.

His high standards suffered a notable drop since the turn of the year. Though his bounce-back display against Norwich on Sunday came at just the right time.

But while Raphinha’s exploits have gone a long way to keeping Leeds out of the bottom three, they have also attracted the attention of the transfer vultures.

Indeed, Liverpool have long been linked with a future swoop for the attacker. The latest on Mohamed Salah has heightened speculation Liverpool may soon be on the lookout for a left-footed forward.

However, according to Fabrizio Romano, it is Barcelona who have taken the lead in the race for Raphinha.

The transfer guru initially acknowledged Premier League interest from Liverpool and Chelsea. However, the Blues’ off-field turmoil has kicked a move to Stamford Bridge into the long grass.

Regardless, Romano noted Barcelona are making noise after discussing a Raphinha move with the player’s agent, Deco.

Romano made it clear ‘no talks’ between Barcelona and Leeds have taken place yet. At this stage, any rumblings over a move are behind the scenes between Deco and Barca – who the Portuguese played for between 2004-08.

There has also been speculation Leeds may not generate the type of fee they’d like for Raphinha if they fail to beat the drop.

On that subject, Romano hinted there may be some truth to the claim. The Italian added Raphinha’s price ‘depends on their Premier League future’, as well as ‘buy-out clauses’.

Once Leeds’ Premier League fate is determined, the suitors will have a clearer picture of whether a Raphinha transfer is worth pursuing.

Everton are going down – if the stats are to be believed

Meanwhile, Newcastle United have ambitious plans to sign both Kalvin Phillips and Antonio Rudiger this summer.

The Daily Mail claims Newcastle are ready to shop within the Premier League this summer, and could start with Leeds ace Phillips.

The England star is reportedly looking to leave Leeds this summer with a number of sides linked. The likes of West Ham and Aston Villa are reportedly in the mix.

However, Phillips could quadruple his current earnings by moving to cash-rich St James’ Park.

Eddie Howe is also looking to the signing of Rudiger. He will reportedly leave Chelsea as a free agent this summer and is a man in demand. Juventus are among those tracking the defender, who reportedly wants a deal worth around £300,000 a week.

Rudiger has established himself as one of the game’s top defenders since Thomas Tuchel took charge at Stamford Bridge. His loss would be a big blow to the Blues.

READ MORE: Marsch confirms what he’d ‘heard’ about Leeds is true after huge win, as he reveals exciting survival blueprint