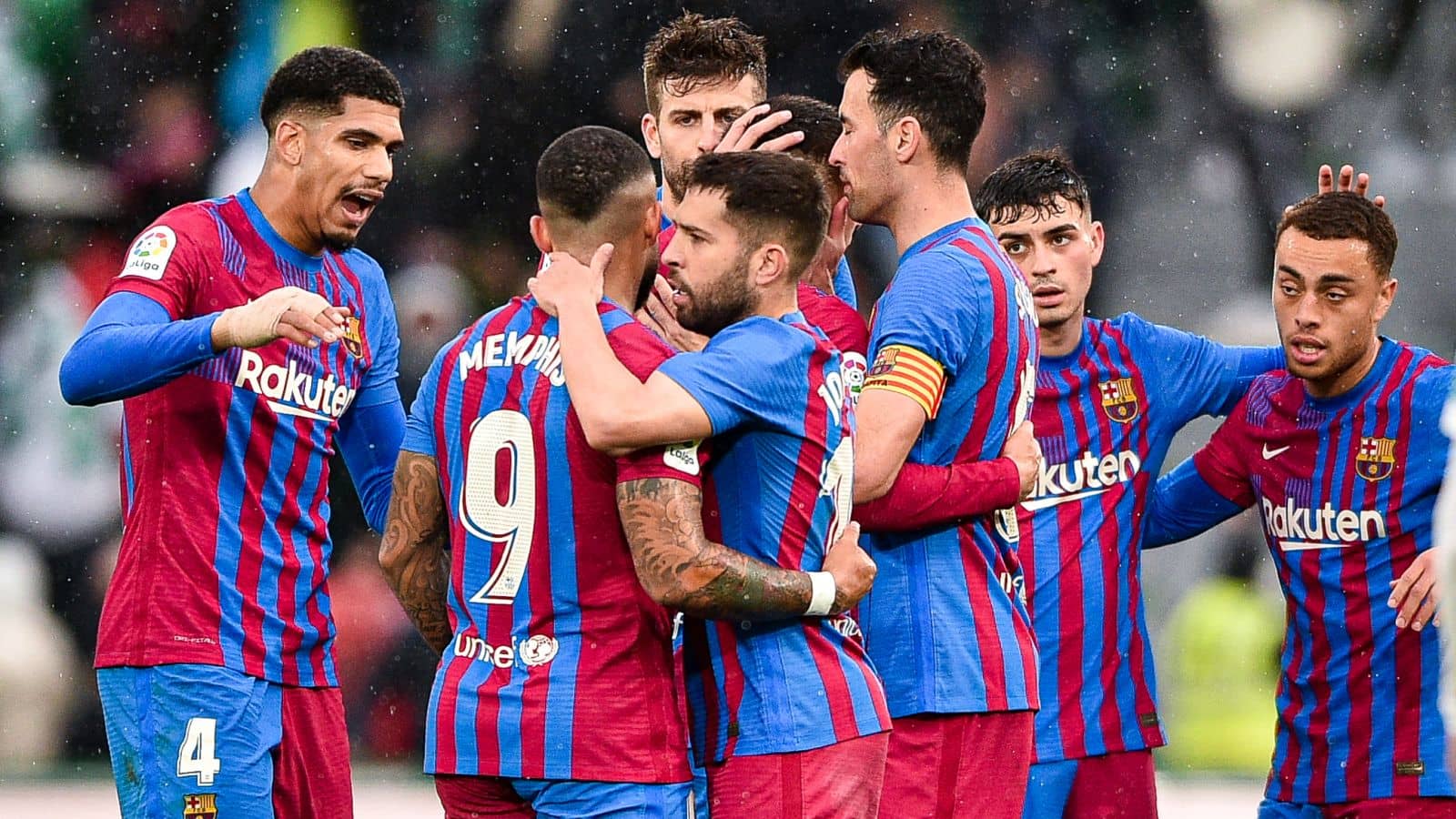 Barcelona look increasingly like they are facing a losing battle to keep star defender Ronald Araujo this summer – increasing Manchester United’s prospects of luring him to Old Trafford.

The Uruguayan centre-back, 23, has quickly established himself as one of the finest defenders LaLiga has to offer. Araujo has been a mainstay at the heart of Xavi’s defence this season, though his current salary does not reflect his importance to the team.

Indeed, Araujo is still on the terms he agreed when arriving at Barcelona on a five-year deal in 2018. The club have reportedly strived to tie him down to an improved extension, but to no avail.

And with his contract expiring in summer 2023, time is not on Barcelona’s side if they want to avoid a cut-price exit this summer.

According to Mundo Deportivo, an agreement over an extension withb Barcelona is nowhere near close. The Catalonian outlet claims the two parties remain miles apart. Furthermore, they go as far to say as talks are ‘stranded’ and negotiations over his and Gavi’s renewals have ‘slowed down’.

And although Araujo still wishes to stay, there is no ‘imminent resolution’ over his future.

Perhaps worryingly for Araujo, is that Barca are placing more emphasis on retaining the services of Gavi.

The teenage midfielder is one star that Xavi absolutely cannot afford to lose. As such, tying him down to a new deal remains Barcelona’s No 1 priority.

And while Araujo can still follow, Mundo Deportivo admit Manchester United are ‘pushing hard’ to sign him.

Furthermore, they suggest there is a growing confidence that United can snap him up for a bargain fee. The Red Devils are making it clear to the player’s agent that he can earn the salary he wants at Old Trafford.

As such, it’s noted that Barcelona are risking a great deal by not securing Arauju to a new deal. And the nearer the summer window gets, the more likely the chances of a move to United taking place.

Meanwhile, Marcus Rashford has been told he will be free to leave Manchester United this summer if the forward feels his career is stalling at Old Trafford.

Rashford’s form has nosedived this season, culminating in his omission against Man City last weekend. That was despite Cristiano Ronaldo and Edinson Cavani both also missing the derby clash.

Rashford is now reportedly angling for showdown talks with Rangnick. Indeed reports this week claim he is ‘becoming increasingly frustrated under the German’.

Rangnick, though, has spoken out on theories that Rashford is not getting enough game time. In doing so, he suggested Rashford can leave in the summer if he deems that his best next step.

“I don’t think that he’s not had enough game time,” Rangnick said, as cited by The Guardian. “Marcus Rashford has had 13-14 games since I’ve been here now. He played more games from the start than he didn’t play from the start.

“I don’t think this is an issue and he never said anything about that since we spoke yesterday [Thursday]. But the [transfer] window is closed now. Even suppose he and his agents or his family at one stage of the summer think about maybe going to another club, well then he can do that, but in the summer.”