Home/Chelsea/What can ordinary Chelsea and Newcastle fans actually *do*?

Chelsea vs Newcastle United was a pretty unedifying spectacle, but we shouldn’t focus on those whose partisanship trumps their ethics.

It was never likely to be a particularly edifying spectacle, the sportswashing derby between Chelsea and Newcastle United, and perhaps it’s appropriate that the match should have ended as something of an afterthought to the rumble of noise that surrounded it. From the photograph of a Chelsea supporter outside Stamford Bridge with a mildly pathetic-looking piece of cardboard adorned with his scribbled thoughts to the somewhat surprising sight of a large Russian flag still hanging inside Stamford Bridge with ‘The Roman Empire’ – which ‘Empire’ might they be talking about here? – printed upon it and the Saudi flag visible in the away end, it was easy to fall upon these images as symbols of the moral vacuum in which football in the 21st century operates.

But in the rush to condemn, we all run the risk of casting our net far too wide. It wasn’t difficult to turn up at Stamford Bridge with a microphone and a cameraman and find just about any opinion you wanted – this is inevitable at an event attended by the population of a small market town – but fanbases are seldom united by anything other than their desire to see the team win.

It’s easy to assume that the images that flash across social media represent the views of every supporter of a football club (and the cynical amongst us might even suggest that is at least partly why sportswashing is so appealing to despots), but this is seldom the case. The problem is that in the 21st century there is no room for nuance.

Football feeds itself a constant stream of narratives, and these exist most prominently within the history of clubs themselves. We all feed ourselves an exceptionalist line. It’s the reason why the fundamentally ridiculous idea that a manager can only be successful if he understands the ‘DNA of the club’ persists, in the face of all logical sense. Club marketing machines have become experts in weaponising that feeling, whether through monetising their histories for commercial reasons or for other, more nefarious, reasons.

We all want to believe that our clubs are ‘special’, and when a billionaire pitches up at a club, the temptation to believe that they are doing so because we are somehow ‘special’ is overwhelming. But billionaires don’t become billionaires by following their hearts. Chelsea and Newcastle weren’t chosen by their owners because they believed these clubs to be sprinkled with stardust or because they particularly love the supporters of that club. They do so because they make sense in terms of whatever their ends are, whether business or sportswashing.

Fans are almost entirely helpless in terms of who their clubs end up being owned by. There is no part of the decision-making process that allows them a voice. Chelsea supporters had no choice over Roman Abramovich buying their club, any more than Manchester United supporters had a choice over the Glazers or Newcastle supporters had any choice over either Mike Ashley or the Saudi Public Investment Fund. And while there are supporters who have made the biggest emotional leap that a supporter might have to make, who’ve decided that they can’t ethically support a club anymore, they remain a minority, their voices usually drowned out by the cacophony of the circus rolling on. 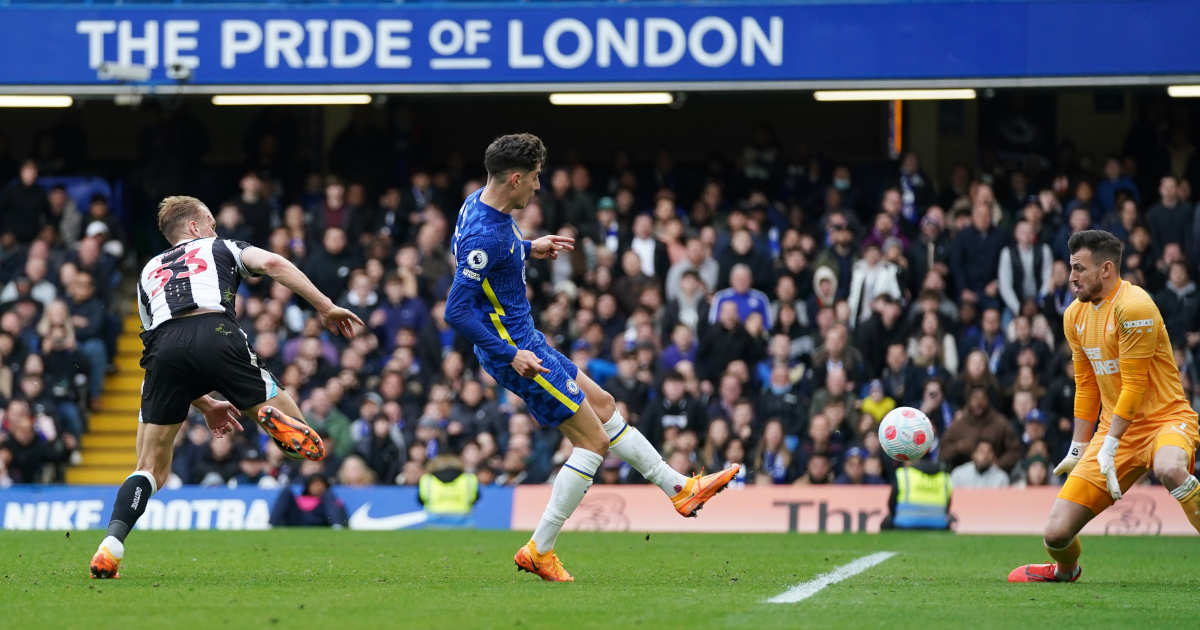 But just as supporters of both Chelsea and Newcastle aren’t responsible for the proclivities of their clubs’ owners or their arrival at their clubs, they are responsible for their reactions. Newcastle supporters simply cannot claim ignorance of the issues over Saudi ownership of their club; perhaps when it was waved through it was easy to think that the fuss over the identity of their new owners would die down, but this element of ‘risk’ is inherent when football starts to be used as a plaything for other agendas.

It’s true to say that few people in Britain said enough about the bombing of Yemen (or other human rights violations) for a very long time, likely because successive governments supported them as ‘allies’ because they were fuelling our own tainted arms industry, but the idea that this means that it shouldn’t be discussed at all is fundamentally perverse. Sorry if it’s pissing on your parade, lads, but there are people dying over there. 81 of them, the day before the match, to be precise.

We are slowly starting to come around to the idea that whataboutery is fundamentally a logical fallacy, an exercise in seeking to deflect from difficult ethical questions. And those who engage in it are relentless. They’ll go through your entire social media with a fine tooth comb, searching for anything that they can strip the context from to make you sound like a hypocrite, as though alleging hypocrisy against others somehow makes their own acceptable.

But it is also worth remembering that almost all the pre-match attention before the Chelsea vs Newcastle match was focused on one man with one small placard. The pro-Abramovich songs were, if anything, somewhat muted. There will be plenty of Chelsea supporters with a lot of cognitive dissonance to work through over Abramovich, and this dissonance has been facilitated by 19 years of too many people looking the other way, whether we’re talking about the media, broadcasters or the game’s governing bodies.

But it’s just as true to say that fans have also been guilty of looking the other way, and there are clearly many who are still keen to do so, but what are those with reservations to do? The obvious answers to this question are ‘don’t be silent’ and ‘think critically’. It’s not your job to unthinkingly support the owners, and you’re more than within your rights to limit your support to the team alone. Loyalty is much-prized, but understand what you’re being loyal to when you start dismissing those who criticise the indefensible.

Because ultimately, this conversation needs to be about more than the fans of one or two clubs. Now is a perfect time to have an important conversation about what we want football to be and what values we want the game to embody, but the risk is that any conversation would only be drowned out by the loudest and stupidest opinions and that opportunity will be spurned. And that will only benefit the despots and those, whoever they are, who’ve spent the last two decades enabling them.

The post What can ordinary Chelsea and Newcastle fans actually *do*? appeared first on Football365.